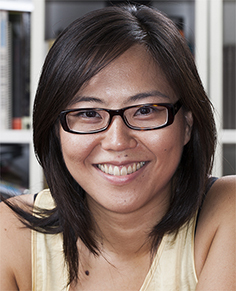 Paula was born and raised in Sao Paulo. She graduated in Audiovisuals at the University Of Sao Paulo, where she specialized in screenplay and cinematography.

At age 17 she was awarded with the audience prize at the Festival Mundial do Minuto with the animated short EXPLICIT SEX, that was also screened at AnimaMundi, Gwangju Biennale and won the prize of best Latin academic short at Montevideo Film Festival. Five years later, Paula produced EXPLICIT SEX 1&2, which were the most accessed works at Blinx Brazil.

In 2007, she was approved in the MFA program at K-Arts (Korea National University Of Arts) in South Korea, where she directed CHU MAR, 26 BEST KOREAN GIRL and GONNYON'S FIRST DRIVE. The first two shorts screened in renowned festivals, such as PalmSprings, Expresion en Corto, Festroia, Asian American International Film Festival, among others.

She worked as PA for directors celebrated by Cannes Film Festival, such as Chanwook Park (OLDBOY, Grand Prix winner), Sangsoo Im (TASTE OF MONEY, twice candidate for the Palme D’Or) and Suwon Shin (MADONNA, participant at the Un Certain Regard session).

Since 2014 she is responsible for the consulting and curatorship of K-Action! – Korean Film Festival, executed by the Korean Cultural Center in Sao Paulo (South Korean Ministry of Culture, Sports and Tourism and the Ministry of Foreign Relations of the Republic of Korea), with partnerships of the Sao Paulo Film Comission and the State of Sao Paulo (Film Library and Sao Paulo Cultural Center).

She also coordinates the project Sobre Nossa Visão Distorcida (On Our Distorted View, #SNVD), a transmedia platform launched in 2015 and written by people who had suffered from eating disorders. Forwarded to a young and teen audience the project was initially sponsored by the Secretary of Culture of Sao Paulo State.

With #SNVD Paula was the advertisement girl for brands such as Clinique (world #DifferenceMaker campaign) of the Estee Lauder Group in 2016 and for Buscofem, of the Group Boehringer Ingelheim at the #MinhaDorImporta (MyPainMatters) campaign, also edited by the filmmaker, which had more than 7 million facebook views and was chosen as one of the 12 Most Incredible Campaigns for International Women’s Day in 2017 by the Brazilian Magazine specialized in economics and business Exame.

To be released in 2020, BUTTERFLY DIARIES (DIÁRIO DE VIAGEM) will be Paula’s debut feature film. The project represented Brazil at the Encuentro de Productores at the Cartagena International Film Festival and at the Coproduction Forum in San Sebastian (2018) and is the first Brazilian project to participate at the ACE MUNDUS. Also, it is the only Brazilian project up to date to take part at the Cinefondation’s Atelier (Cannes Festival, 2015).

Soon, Paula will publish her first children’s book APPÁ, DO YOU SELL EYES? (APÁ, VOCÊ VENDE OLHOS?), which tells the story of the Korean immigration in Sao Paulo through the eyes of a 10-year-old girl. The project won the Literature Fund from the Ministry of Culture.